A conflicted message children are given here, when they are also taught that parents can violate their modesty and bodily integrity and human dignity at will. With that violation comes emotional trauma and fear, even terror, over pain that an adult is inflicting while the child remains defenseless against the aggressive “pedagogical” or punitive assault.

Is it any wonder that when treated this way by their “nearest and dearest,” that children, wholly dependent on parents not only for love but also survival, develop ambivalent and dysfunctional attitudes towards intimacy and close bonds, both desiring and fearing them? Is it any wonder that they may adopt a spate of maladaptive behaviors, from aggressiveness to timidity and withdrawal, from fear of and misdirected rebellion against “authority” to inordinate approval seeking and desire to please? And is any lesson learned about the behavior that precipitated a spanking?

Or has the child simply learned to avoid getting caught? It seems to me that penalties for wrongdoing are inherent in the misdeed and are thus unavoidable, and one learns through such experience. Piling punishment on top of penalty is a different matter. If it must exist as a means of teaching people to distinguish between good and evil, then can we not, as a society, insist that it be humane? The very combination of words sounds oxymoronic.

The British seem to have had a special cultural flair for caning, flogging and such. A glance at the work of Algernon Swinburne and Ian Gibson’s book The English Vice gives a clue concerning the grotesque distortions, the “kinky,” sado-masochistic or dysfunctional patterns of human sexuality that can result from such childhood abuse. This is an extreme and, one hopes, exceptional, but if spanking is normative, then dysfunction can also become the norm.

How many people cringe, as if to fend off a physical blow, when other people’s voices are raised in anger? How many women and children are cowed, walking on egg shells at home, because a male “head of household” threatens violence while shaking a fist and demanding silence, even though that man never actually delivers a blow?

I seriously doubt that a more humane and educated world will be realized if, as a society, we perpetuate customary cruelty such as inflicting physical pain on children as part of our impoverished didactic repertoire, and as long as physical force remains the final arbiter of all human disputes.

“Power corrupts and absolute power corrupts absolutely”, said Lord Acton. Who has more power to abuse other humans than large parents, upon whom small children are dependent?

Like the big taboos of sex and death, this subject can be shame inducing. It may cause cracks in the fragile self-esteem of spankers and spankees alike. Fortunately, Project No Spank is bringing truth to light on this topic, the effects of which are deeply ingrained in attitudes and ways of being and relating to one another. So often people’s need to think well of themselves, to salvage fragile “self-esteem”—based on false competitive win-lose, power-over mindsets to start with—aligning ourselves, our minds, and our actions more closely with it. When adults inflict pain on children as a means of punishment, coercion and behavior control, clearly, they are not approximating the embodiment of truth and love revealed to humanity through the wisest traditions in philosophy and the world’s great spiritual disciplines.

The use of physical pain to control children is not only unloving, but also unreasonable. Children should be reasoned with through language and intellect, not coerced through physical pain and humiliation. Children who are unable to comprehend reasoning, two-year-olds, for example, need to be kept out of harm’s way by adults, not punished with spankings if they make a mistake that could cause injury to themselves or others, a mistake that adults call “misbehavior.”

The whipping post and slavery were abolished in the United States. It is time to recognize spanking as the cruel retrogressive habit that it is, left over from the era when Americans owned other humans and were free to treat them with less care than inanimate objects.

Whether as part of toxic parenting or poisonous pedagogy, human beings no longer can afford to indulge in inflicting pain as an “efficient” means of modifying behavior. As Alice Miller says, “every smack is a humiliation.” Some smacks prove fatal, while all are injurious to human dignity and diminish the human community in which we all must live. If children are human, they have rights that no adult should be able to violate with impunity. 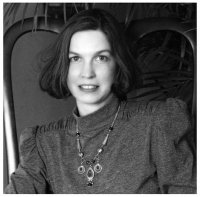